Migraine is a condition that causes attacks (episodes) of headaches. Other symptoms such as feeling sick (nausea) or being sick (vomiting) are also common Between migraine attacks, the symptoms go completely.

Migraine is common. About 1 in 4 women and about 1 in 12 men develop migraine at some point in their lives. It most commonly first starts in childhood or as a young adult. Some people have frequent attacks – sometimes several a week. Others have attacks only now and then. Some people may go for years between attacks. In some people, the migraine attacks stop in later adult life. However, in some cases the attacks continue (persist) throughout life.

What are the types and symptoms of migraine?

There are two main types of migraine attack:

Migraine attack without aura (also called common migraine): This is the most common type of migraine. Symptoms include the following:

Migraine attack with aura (also called classic migraine): About 1 in 4 people with migraine have migraine with aura. The symptoms are the same as those described above (migraine without aura), but also include a warning sign (an aura) before the headache begins.

One of the above auras may develop, or several may occur one after each other. Each aura usually lasts just a few minutes before going, but can last up to 60 minutes. The aura usually goes before the headache begins. The headache usually develops within 60 minutes of the end of the aura, but it may develop a lot sooner than that – often straight afterwards.

How is migraine diagnosed? Do I need any tests?

Migraine is usually diagnosed by the typical symptoms. There is no test to confirm migraine. A doctor can usually be confident that you have migraine if you have typical symptoms and by an examination which does not reveal any abnormality.

The cause for migraines is not clear. It was believed blood vessels in parts of the brain become narrower (go into spasm) which accounted for the aura. The blood vessels were then thought to open wide (dilate) soon afterwards, which accounted for the headache. It is now thought that some chemicals in the brain increase in activity and parts of the brain may then send out confusing signals which cause the symptoms.

Medication: Paracetamol or aspirin works well for many migraine attacks. Take a dose as early as possible after symptoms begin. If you take painkillers early enough, they often reduce the severity of the headache, or stop it completely. A lot of people do not take a painkiller until a headache becomes really bad. This is often too late for the painkiller to work well. 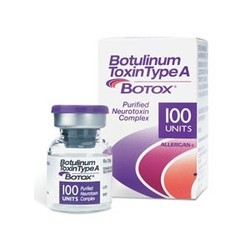 Anti-inflammatory painkillers probably work better than paracetamol. They include ibuprofen and aspirin.

Injections: For treating chronic migraines and headaches, injections like the Occipital nerve block and Sphenopalatine ganglion block have proven to be effective. BOTOX® injections are the first and only FDA-approved preventive treatment proven to reduce migraine and headache days every month.